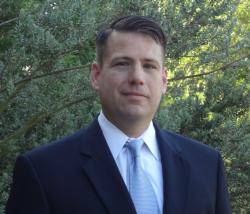 Election results will be certified and a winner declared Nov. 15
William T. “Trey” Moore III is expected to win the Bryan ISD Single Member District 3 seat on the Board of Trustees, according to unofficial election results Nov. 5. Both incumbents Douglas Wunneburger (Dist. 5) and Felicia Benford (Dist. 1) were reelected, having been unopposed in the election.
The results, which aren’t certified until Nov. 15, showed Moore with 54 percent of the vote and his opponent Josh Smith with 46 percent. Of the 1,625 counted votes, Moore is the projected winner with 883 votes over Smith’s 742.
Moore and Smith were the only two candidates vying for the lone open seat on the Bryan ISD school board. Moore will occupy the seat held by Maritza Hoffman since 2007. Hoffman declined to seek a third term after her six-year service that included a term as board president.
“We appreciate Ms. Hoffman’s contributions over the years,” said Superintendent Tommy Wallis. “In a race like this, with two quality candidates, we knew that ‘Bryan ISD’ would win, no matter who prevailed. We’re excited to work with Mr. Moore in the years ahead. We’ll also welcome involvement and participation by Mr. Smith, who has expressed some ideas to strengthen our district.”
Citing his reason for seeking a seat on the Bryan ISD board, Moore emphasized the need for the community and the district to work together toward the success of all children.
“The youth of our school district represent the future of not only the Brazos Valley, but our state and nation as well,” Moore said. “Ensuring that each student has the ability, guidance, resources and support to reach their full potential is not only the responsibility of us as parents, but of the school district and community as a whole.”
Moore, 38, is a married father of three children, all attending Bryan ISD schools. A local businessman, Moore owns Moore Militaria, a firm specializing in 20th century memorabilia and consulting. His prior civic service includes the Bryan ISD Foundation Board’s Finance, Fund Development and Hall of Honor Selection Committees.
Raised in Bryan, Moore graduated from Allen academy in 1993. He earned a bachelor of history degree from Hampden-Sydney College in Virginia.
Canvassing of the votes is scheduled for Nov. 15 at noon in the Bryan ISD Administration Building Board Room located at 101 N. Texas Avenue, in Bryan.
Photo: William T. “Trey” Moore III
Print